It’s our favorite day of the week (Tuesday? Hmm, why not? It’s Saturday somewhere…right? Either that, or I’m off schedule, and that couldn’t possibly be…)! That means it’s time to ramble. 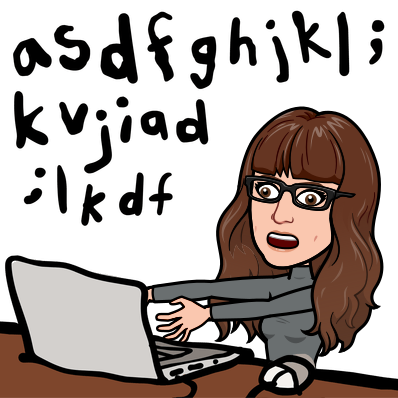 So, you’ve written a draft. It could be a novel, a short story, a nonfiction essay, a comic, anything. You’ve finished it, polished it, edited, and revised it until you’ve gone cross-eyed. You feel like it’s done…but how can you be sure?

I was in a position like that once. (Well, I’ve been in that sort of position a lot, but I want to talk about a particular time.) I’ve had a problem manuscript for ten years, and I spent so long working on this one story. I wanted to know if I was making any progress at all. But I had no idea how to go about this.

The thing about a ten-year-old project? You get so close to the story that you can’t even see straight anymore. I had problems stepping back and looking at the big picture. But if I can’t work on the story anymore, if I’ve revised it to death already, then what more can I do to make it better?

I was just so done with the story that I answered yes and called it good for now. I started researching agents to query to, in the hopes that this manuscript was clean enough to send out.

There was, however, a little voice in the back of my mind, whispering little warnings, like, “It probably isn’t done. Remember that one plot hole you forgot to fill in?”

“Remember that one plot hole you forgot to fill in?”

“Well, yeah, but, like, it’s probably fine, right, like I could leave that as it is and come back to it in a later installment in the series. It’s…fine, it’s fine.”

“And remember that character you wanted to let live? He’s still dead in this draft.”

“You need this character for future storylines.”

“Hey: You wrote a whole blog post about not killing characters just to kill them. C’mon, you know better than this.”

Looking back, I can see just how underdeveloped the manuscript was. I refused to listen to that little critiquing voice in the back of my head though. Hindsight is 2020, I guess.

But a little part of me must have been listening to Annoying Writer’s Conscience because I ended up seeking help to see if my draft was finished.

Here’s the thing: Three years ago, I would never have sought out help from others beyond close family. Now that I’m brave enough to ask people to read my work and tell me what they honestly think, life is so much better.

I’m talking, of course, about the writing guru next to you: Your critique buddy. Your writer friend. Your reading group. Whoever you have in your life who likes to read and talk about what they read is a very valuable, opinionated person.

Now, by this point, I had learned a lot from experience not just with writing but with creating and relying upon a community of writers. Here are some points that are important to remember:

So, let this be a lesson to you, kids: Sometimes that Annoying Writer’s Conscience has a point. And if you’re ever unsure, don’t discount the people who are close to you in your life. Use their sage wisdom, be respectful of their time, and keep sight of where you want your story to go (or, be open to new directions). Who knows? Your LEGO airplane could soar to new heights you’ve never dreamed of.

Happy Tuesday! And talk to that writing guru next to you! You never know what sort of wisdom they’ll drop…

Photo by Alexis Brown on Unsplash