With the end of August, I have officially finished my first year of the Rainier Writing Workshop program. Two more years, and I’ll have earned my creative writing MFA! Time sure does fly, but thankfully, I’ve learned a few life-saving writing lessons over the last year that will definitely stick in the memory. 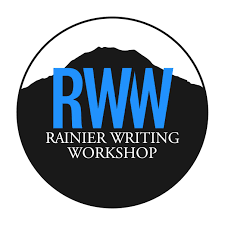 For the longest time, I had people telling me to be more visual in my work. Even family members and friends who read the trashy first drafts I scribbled said, “It’s great, but I want to see more of it.”

Well, this year, I focused much of my energy learning how to write visually. The coolest part of having a one-on-one mentor is that they’re willing to look at your work, analyze it, and then tell you exactly what you need to work on. For me, it was 1) having fun with the first draft, 2) careful word choices, and 3) cutting extraneous detail and expanding on important detail in revisions. With these three lessons fresh in my mind, I set to work.

When you go to school for writing and take a bunch of classes that challenge you to get critical about your work and others, your mindset changes a lot. It’s easy to over-analyze a first draft before you’ve even written it, and, while earning my BA was definitely one of the best decisions for my writing education, the mindset I used for classes started leaking into first drafts.

At first, this might not seem so terrible. Isn’t it important to know what you’re doing while you write? Well, yes and no. The first draft stage is a hugely creative one (even more so, I think, than any other stage). It’s the place where, when you sit down to a blank page, anything could happen.

It was hard, almost impossible, for me to concentrate on creating a story when my mind was already in a critical place best used for the revision stage. I was getting way too ahead of myself! But here’s the good news: If you find yourself stuck being overly-critical, a simple change in mindset could be your way out.

The first draft of anything is shit.

I re-learned how to have fun writing the first draft, even if it was absolutely horrendous before revision. I gave myself permission to write badly; it’s liberating! That way, I was able to truly have fun creating instead of obsessing over whether or not it’s “good writing.” And what do you know? I ended up writing a lot more. But more importantly, I was having a lot more fun.

Word choice is important. True. But I didn’t realized just how important it was until I started making better decisions with my words. Here’s something I learned: A well-placed verb is more descriptive than a slew of adverbs.

As an example, here is a sentence that’s similar to something I used to write.

He walked slowly and quietly through the brush.

And here’s a sentence similar to one I’d write while thinking carefully about word choice.

He slithered through the brush.

This might not seem like much of a change, but when a verb replaces one or two adverbs, the result is tighter writing. Personally, I can “see” someone slithering far clearer than someone walking “slowly and quietly.” 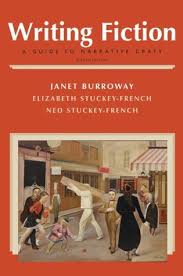 Once I had fun with my first drafts, I played the word choice game with what I had. Little tweaks here and there started adding up. The results? It was just like when I wore glasses for the first time! The writing was much clearer, more concise. The pacing was quicker too.

(As a quick aside, one way to quicken pacing and work on immediacy is to eliminate words like “suddenly” when you want something to “suddenly” happen. According to Janet Burroway’s Writing Fiction, one surefire way to slow down a scene is to include the word “suddenly.” It’s one extra word that ironically makes the action less sudden.)

One of the benefits to having fun and writing everything you want to write during a first draft is you have more material to cut later, as well as more material to expand on. If a certain descriptive paragraph doesn’t make sense or doesn’t blend well with the rest of the scene, don’t be afraid to get rid of it. Similarly, don’t be afraid to add more to a scene if you want it to go deeper.

I used to hate revising my first drafts because I was afraid I’d ruin it. Well, since I’ve already given myself permission to write crappy first drafts, then it’s already ruined! Now, the draft can only get better, so I don’t have to be afraid to killing my darlings. In the end, it’s for the best. The same goes for adding new material: much like kindergarten craft time, the cutting and pasting is fun and educational.

I find that it’s much easier to write visually when I follow these three guidelines. Now I can go into my second year of RWW with more confidence and a stronger willingness to learn even more!

I hope these tips help you too. Happy writing! (ﾉ◕ヮ◕)ﾉ*:･ﾟ✧

Photo by Daniil Kuželev on Unsplash