It’s been a while since we talked about movies.

Honestly, I’ve been thinking about this particular film for a very long time. Why? Because it single-handedly got me hooked on the whole Batman mythos, as well as DC Comics in general. Before this movie, I was a Marvel girl, through and through. Still am, to some degree. But pre-Lego Batman, I made fun of Batman as a superhero because of his angsty cringe, overdramatic portrayals, and lack of superpowers.

Isn’t it weird that this film, which is one of the goofiest portrayals of Batman (not counting Adam West, of course) is what finally got me to stop laughing at Batman and take him seriously? Allow me to tell you how. 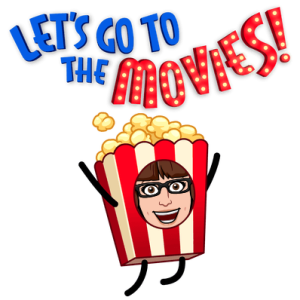 Disclaimer: I do not claim to be an expert on film or a film critic at all. These are just my personal musings on a movie that I happen to think about often. You’re welcome to disagree; in fact, I’d be stoked to hear what you think!

A cooler-than-ever Bruce Wayne must deal with the usual suspects as they plan to rule Gotham City, while discovering that he has accidentally adopted a teenage orphan who wishes to become his sidekick.

The only reason I watched this movie was because I loved its predecessor, The Lego Movie, so much. I was never a big fan of DC or Batman, choosing instead to revel in the light-hearted antics of the colorfully-clad and quick-quipping caped crusaders of Marvel. (I’m mainly referring to the films here; when it comes to comics, DC can be just as colorful as Marvel.)

But this movie had me asking, “Why not both?” Can I have my cake and eat it too?

This film is quick-moving; it is fast-paced, armed with witty self-awareness, and aggressively funny. The jokes hit you a mile a minute. This movie continues the animation style and random humor that The Lego Movie utilized to such success, and it works here just as well as it does there. However, what really grabbed my attention, even after many, many rewatches, was the characters.

I thoroughly enjoyed Will Arnet as Batman/Bruce Wayne and his man-child personality, which comes off as both toxic and lovable. Michael Cera is perfect as Robin/Dick Grayson, Zach Galifianakis’s portrayal of the Joker is fun (and weirdly sweet), and Rosario Dawson captures the spunky nature of Barbara Gordon.

But what truly makes these characters work is the relationships they have with each other. My favorite aspect of this film is that it focuses on a core part of Batman stories that I haven’t really seen in any recent live-action Batman movies: family.

The theme of family running throughout this film truly ties all the characters together in interesting, engaging, and emotional ways.

Allow me to explain by examining my favorite relationship in the entire DC mythos (admittedly, I am still relatively new to DC, but my point still stands).

Upon first viewing, I couldn’t decide who my favorite character was: Batman or Robin. I was equally fascinated and charmed by both of them, the former because of the childish, dismissive, and sometimes harsh humor paired with the type of trauma that might cause such behavior, and the latter because of the fun-loving, overly positive, and sometimes a tad bit annoying personality paired with a contrastingly sad need to be part of a family.

I’ve since realized why I love this dynamic duo as much as I do: juxtaposition. The dark, brooding character is paired with the most quippy, light-hearted person in the world, and I eat that stuff up with a spork.

I could sit here and talk all day about the many hilarious instances of Batman/Robin juxtaposition as the huge ego and the bright personality clash. Sneaking into the Gotham City Police Station comes to mind; Batman teaches Robin how to hide in the shadows, but Robin’s flashy costume and loud voice make stealth impossible. Later, when Batman sneaks off to fight the Joker alone, he finds that Joker has redecorated his island into a carnival-style theme park, complete with bright colors and flashing lights, the perfect setting for Robin’s camouflage. But it’s a terrible setting for Batman because his dark colors stand out like a sore LEGO hand claw.

This instance highlights one of the best qualities of this film: The respect and importance given to the relationship between Batman and Robin.

Of all the film iterations of Batman that I’ve seen, the Boy Wonder is a tricky character. Either he comes off as annoying (see Batman and Robin, 1997), or he has been taken out of the story altogether (see Batman v. Superman, 2016). It’s difficult to include such a fun-loving, quippy character in a brooding superhero movie. 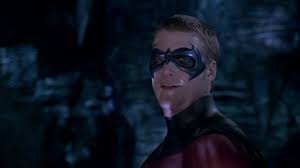 Marvel is one thing: It’s full of colorful characters. But DC’s Batman? He’s usually approached with a certain sobriety.

That’s why this iteration of Batman, as a kid’s film, has the leeway to include an excitable child character without the usual issues that go along with it. In this film, Robin is neither annoying nor nonexistent, and he is an extremely important character in terms of Batman’s character arc. Without him, we wouldn’t get nearly as much sweet, sweet juxtaposition.

But Robin isn’t the only character who is important to Batman’s character arc. Alfred, his father-figure, rounds out an interesting depiction of generational fatherhood. Alfred, Bruce, and Dick, when working together, create a family tree and work well together.  Barbara is Batman’s love interest and represents the voice of reason. Together, these four characters form a found family theme, and I eat that stuff up with a ladle.

In the end, family is the strongest theme in this film, and it’s a theme that is too often overlooked in Batman movies. Even Christopher Nolan’s trilogy, while action-packed and immensely interesting to watch, glosses over the family aspect, which is, in my opinion, one of the best reasons to engage in a Batman story.

Family is the center of The Lego Batman Movie. It’s both refreshing and wholesome, and that, to me, is why it works so well.

After watching The Lego Batman Movie, I became so interested in the Batman lore and the strong family themes that I did some research and reading by myself. And yes, I became a fan of Batman, which I never thought would happen, not in a million years. This movie single-handedly made a new Batman fan by combining dazzling character juxtaposition, utilizing essential characters, and drawing from the emotional core of the story’s lore.

And I ate it all up with chopsticks.

While this movie isn’t for everyone (it’s hyper-energetic and full of bright colors, with a million and one references to previous Batman incarnations), it’s certainly a fun film for the whole family. It’s truly an adaptation to be proud of. If future Batman movies are anything like this one, or even operate along the same lines, I will come running to the theater.

Photo by Victor Xok on Unsplash