Am I a man? No, I am not. I do, however, write primarily male protagonists into my stories.

“The Nightmare“? A story about Hades, God of the Underworld. “The Boy with Black Eyes“? A story about Boone, a young man learning to use magic. “A Weighted Whisper“? A story about an unnamed man who finds himself in the dreariest prison in the kingdom. Even my WIPs and unfinished novels mostly follow male protagonists.

I never really thought it was strange for me, a woman, to identify more with male characters than female ones. If I really think about it, perhaps I can trace it back to my days staring wide-eyed at the TV as The Lord of the Rings unraveled its epic journey thanks to the sweeping story by J.R.R. Tolkien and the vision of director Peter Jackson. The long list of my favorite characters revealed, upon closer inspection, that none of these characters were women.

Don’t get me wrong; The Lord of the Rings does feature a couple of great female characters (Eowyn’s “I am no man” line still gives me shivers). But I always preferred Aragorn’s returning king arc, Pippin’s funny quips, and Legoloas’s archery. 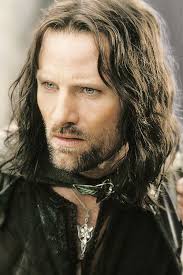 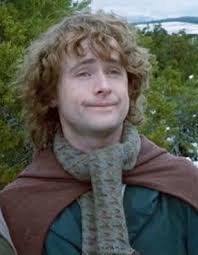 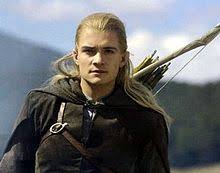 Come to think of it, a lot of my favorite stories growing up featured male protagonists. My two favorite Pevensie children from The Chronicles of Narnia were Peter and Edmund, both boys, while Lucy and Susan weren’t far behind. I loved Thomas, Newt, Minho, and Co. in The Maze Runner. And even in the less popular supervillain series, H.I.V.E.: Higher Institute of Villainous Education by Mark Walden, my two favorite characters were Otto and Wing. 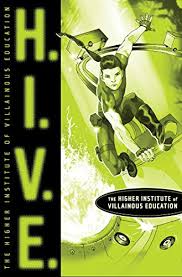 I could speculate that maybe the books I read when I was younger were geared more toward boys than girls or that I just so happened to encounter fantasy adventure novels written by male authors. Both would be valid reasons. But whatever the case, it seems that my taste in protagonists has spilled into my reading into my writing.

I am of the firm belief that there’s nothing wrong with writing from a perspective different than one’s own. In fact, it can be a great way to learn more about different people. For instance, I’ve had a few comments when I was first starting to write that my main character, a male, wasn’t thinking or acting like a boy. I was approaching the character from my own perspective, a female’s.

It’s no secret that different types of people think and act differently. So, how do you get past this block? Is it even possible to write a convincing male character if you’re a woman?

What I learned from all this is that it’s best to approach writing a protagonist that is a different gender by first thinking of the character as a person rather than defining them by their gender. And that goes for occupation, religion, ice cream preference, you name it!

Think of your character as a jewel that has about a thousand different facets. If you keep turning them over and exploring new sides, you’ll keep discovering new information about their personality and motivations. And there’s always another way to turn things. There’s always another side to explore.  — Lauren Sapala

When you think of your character, think of what makes them human before you consider what makes them different from you. For instance, I once wrote a character who is narcissistic, proud, and a touch sexist. This guy says all the wrong things at all the wrong times, and he’s extremely hostile to all the characters that I love in my story. How do I stomach this type of person, much less write from his point of view? Well, I couldn’t unless I dug a little deeper.

And this is what I found: this character may seem narcissistic, but it truly comes from a place of insecurity (a feeling I am all too familiar with); he may be proud, but this way of thought and behavior stems from a past where no one else could take care of him, so he took care of himself and his family (a feat that is indeed worthy of pride); he may be sexist, but that only leaves room for character growth.

This character, who had at first been impossible for me to understand, became my favorite character to write from that story.

The trick is to understand your character as a human being that has both strengths and weaknesses, good qualities and flaws.

You know what? I think the reason I identified with all those male characters I loved to read about so much was because they were written like people, with qualities that I both admired and found within myself somewhere. Outwardly, there is very little that connects someone like me to someone like Aragorn. I feel a certain kinship with the food-loving side of Pippin (second breakfast is genius, and you can fight me on that). But the feeling of running away from a shameful past or frightening destiny? Well, I think that’s something anyone can relate to on some level.

And Legolas…Well, to be honest, I think I just loved the hair. ♥‿♥

Photo by Brad Neathery on Unsplash