It’s our favorite day of the week. That means it’s time to ramble!

Hey, guess what, guys! It’s National Poetry Month! I didn’t even know that was a thing until I started seeing poetry everywhere. Let’s celebrate that good, old-fashioned artistic expression.

So, I’m not that much of a poet. When I first started writing, I wrote entire novels. Not that I did much with them after that first draft: I just shoved them into a drawer, hundreds of pages of hand-written and half-formed stories that didn’t start seeing the light of day until my sister discovered my secret and actually read some. (She’s still reading my first drafts, by the way, so let’s give her a big ole round of applause. What a trooper!)

I didn’t start writing poetry until a few years into my writing journey. To be honest, I was under the common misconception that all poetry must rhyme. Unsurprisingly, I found that very limiting to my creativity, so the stuff I churned out was especially cringe-y.

My best work was probably this parabolic poem about some guy walking on a road and he’s all wise and stuff, but since it all rhymes, it’s still pretty corny.

The cringe is strong with this dork.

I’m not going to share any of my old poems at this time, mostly because I haven’t looked at them in forever and have no desire to inflict that sort of pain on myself. I’m not that self-deprecating.

My first real experience writing a poem was probably all the way back in Intro to Poetry and Fiction class during my freshman year of college. I had a wonderful professor who was supportive of my work and equally as wonderful peers who gave me truly helpful feedback.

My very first real poem was actually more of a riddle than anything else. A bit of an obvious riddle at that. But hey, it was my first time trying after the fiasco that was my rhyming phase.

full to bursting with the pride and sorrow

of those who came before.

He is a sentry and a weeper

a gateway for those who must speak

A rumble, a storm, is his sound

the battle cry, the desperate whisper

of love and rage and age of the lonely

the stories he can tell if only –

gleaming outside as meticulous mechanisms

set themselves in messy order within.

The song he sings, he sings like no other

with each different touch the cry starts over

he wavers, he stumbles, yearns, mourns

he roars. He whispers. Language reborn.

Words remain the same and are unneeded

yet silenced when left to the dusty loneliness

of an echoing, empty room.

He has no voice, though he is praised for

forgotten sounds, the call of a bell

the merry laugh, the warm smell of home

empty without life with which to fill himself

and project the secrets of the tongue

into the ears of those

who would not understand words.

He has no voice unless lent to him

the cruel stab meant to entertain

or the featherlight touch of a fingertip.

I’m pretty proud of my past self. 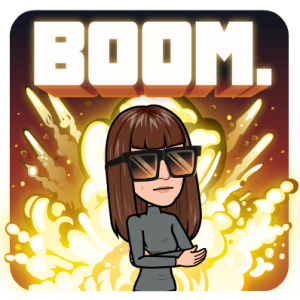 Since then, I’ve learned much more about what goes into crafting a poem. Not so much rhyme, but rhythm. Alliteration. Enjambment. How the sound of each letter contributes to the feel of the work as a whole. Line breaks, punctuation, and careful word choice all contribute to the tone you’re going for.

Another part of the poem to take into consideration is the reading of it. How does it sound out loud? It’ll flow right off the lips, or ring its simplicity, or build momentum into such a tense moment that you can feel it in your soul.

While I’ve never been much of a poet myself, I can say with confidence that I’m definitely getting better. Learning how to craft poetry has actually helped me to craft my prose as well.

So, kids! Let this be a lesson to you: The next time someone tells you that poetry must rhyme, you can go ahead and write the most beautiful, flowy, expressive, artistic, juicy, lovely, non-rhyme-y piece imaginable and take that to the poetry slam. 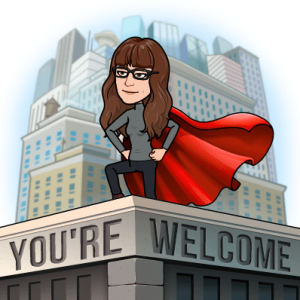 Have yourself a weekend, lovelies, you earned it!